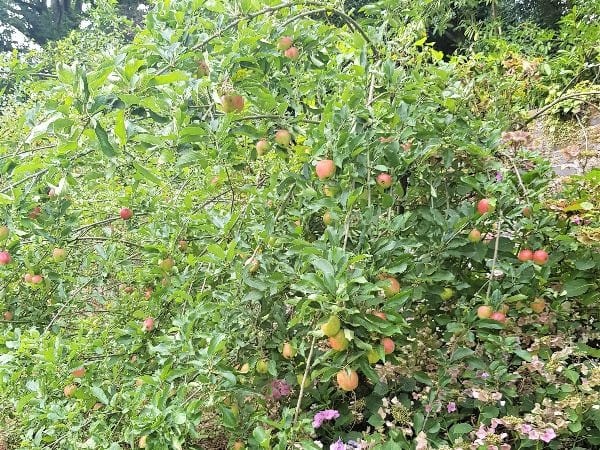 I was recently invited to a very special and really beautiful wedding venue, Trudder Lodge, to take my pick from the glut of gorgeous apples they have growing in the walled gardens there. This is my first apple dessert of the season, and so I had to bake my all-time favourite. The perfect end to any meal this time of year. Beautiful to look at, delicious and indulgent. Here is my recipe for Apple Tart Tatin. This is a relatively quick and straight-forward recipe, using a rough puff pastry, cinnamon and vanilla flavoured caramel, and then of course the all-important apples. Tatin is lovely served with either Vanilla, or a Rum-and-Raisin ice-cream. I have chosen to pair mine with Greek yoghurt, that I flavour with honey, vanilla seeds and cinnamon.

Place the flour, salt and diced butter into a mixing bowl. Using the hook attachment, on speed 1, mix until the pieces of butter have become smaller, and the dough is grainy in texture. Begin to add the very cold water, adding no more than ¾. Reserve a little so that you can adjust as required when the dough has absorbed the water. Mix only until the dough is just coming together. Remove the dough from the bowl and finish by bringing it together, gently by hand on the table, taking care not to overwork the dough. Clingfilm tightly and flatten down the dough with your hand. Place in the fridge to firm up for 30 minutes or so.

When the dough is chilled and rested, remove it from the fridge and roll it to form 2 half turns. Do this working on a lightly floured work surface. Roll the dough out so that it forms a rectangle measuring approx. 12cm x 35cm. Use the length of your rolling pin to correct the shape of the dough as you roll, keeping the sides nice and straight. Fold one of the narrow ends 1/3 of the way towards the centre of the rectangle. Fold the other end over this, so that you end up with a neat little square, or near enough, with 3 equal layers. Turn the puff 45 degrees and repeat the process, so that you are working at right angles to the first turn. When you have completed the second half turn, clingfilm the puff and refrigerate for at least 30 – 40 minutes.

Remove the puff from the fridge and give it another 2 half turns. Refrigerate again for at least 40 minutes before rolling it out for your Tatin. Roll your pastry out so that is approx. 25cm x 25cm. Trim it using a sharp knife to match your pan, leaving a little excess, rather than finding the pastry is too small for your Tatin. Reserve in the fridge while you prepare your caramel and apples.

I bake my Tatin in a non-stick frying pan with a base of 20cm diameter. I used 9 medium sized assorted apples for my Tatin. I had a variety of apples as I picked them myself, but I recommend Braeburn as my preferred variety for a Tatin. They have wonderful flavour without being too sweet, and they won’t break down when they are baked, like a Bramley apple will. Another variety you may like to try is a Jona Gold. These are generally larger, and so you will require a little less in volume to fill your pan. Peel your apples, and then working in a square around the core; cut each apple into 4 pieces. You will have 2 larger sides and 2 smaller sides. Cut the larger sides in half to give you a flat end to each apple wedge.

Preheat your oven to 200C fan. Place the caster sugar, cinnamon, and vanilla bean and seeds into a non-stick frying pan, or the pan you plan to bake your Tatin in. Put it on a high heat and watch carefully. Swirl the pan, rather than stirring to move the sugar/ caramel around and help heat distribution. When you have a lovely deep caramel colour, remove the pan from the heat and add half of the butter. Mix it in thoroughly before adding the second half. Return to the heat briefly if required, to be sure that the fat is fully emulsified into the caramel. Remove from the heat, and take the cinnamon sticks out of the caramel.

Place the Tatin into the oven and after 10 minutes turn the heat temperature down to 180 C and cook for a further 15 minutes or until the pastry is golden and the apples are cooked through. Allow the Tatin to sit for 2-3 minutes when it comes out of the oven, and then fit a large plate (with a rim that is outside the edge of the Tatin pan) over the top of the pan. Taking great care as the caramel will be extremely hot, and liquid. Invert the pan and plate so that the pan is upside down on the plate. The Tatin will release from the pan by itself. Give the Tatin a few minutes to cool down a little before tucking in.

Mix all of the ingredients together and place in the fridge until required. Bon Appetit! 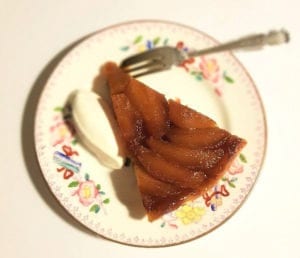 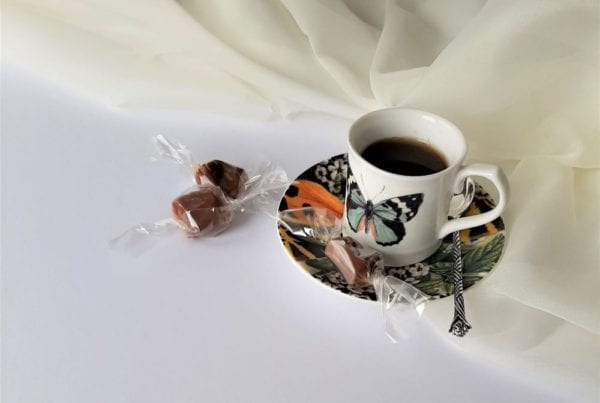 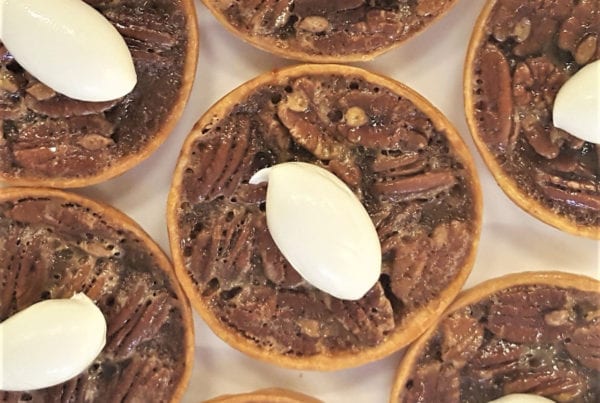 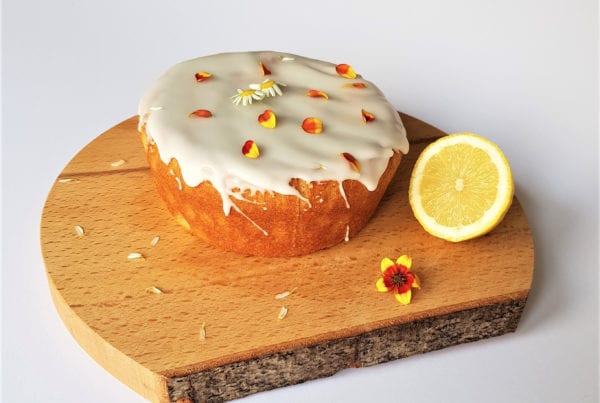 Please contact us with any enquiries, or to place an order. We will be delighted to answer any questions you may have. Enquiries & Orders

Close Menu
Order by Monday 10am to get your Brownies or Rocky Roads An Post-delivered to your door by Friday morning!